On Wednesday January 11th nineteen MGGS Year  12 and 13 students from MGGS  performed Peter Pan to sixty Year 5 Brunswick House students. The sixth formers started work on the panto back in late September as part of the MGGS enrichment programme. They only had one hour a week to direct the show, design the set, organise costume, sound and lighting. It was a brilliant afternoon; the Year 5 pupils were yelling “she’s behind you” with great gusto and Captain Hook certainly got all the ‘boos’. There were fairies, mermaids, pirates, a crocodile, dancing and LOTS of laughter – a good time was had by all.

Thank you to all of the students that took part on stage and behind the scenes – you were awesome! 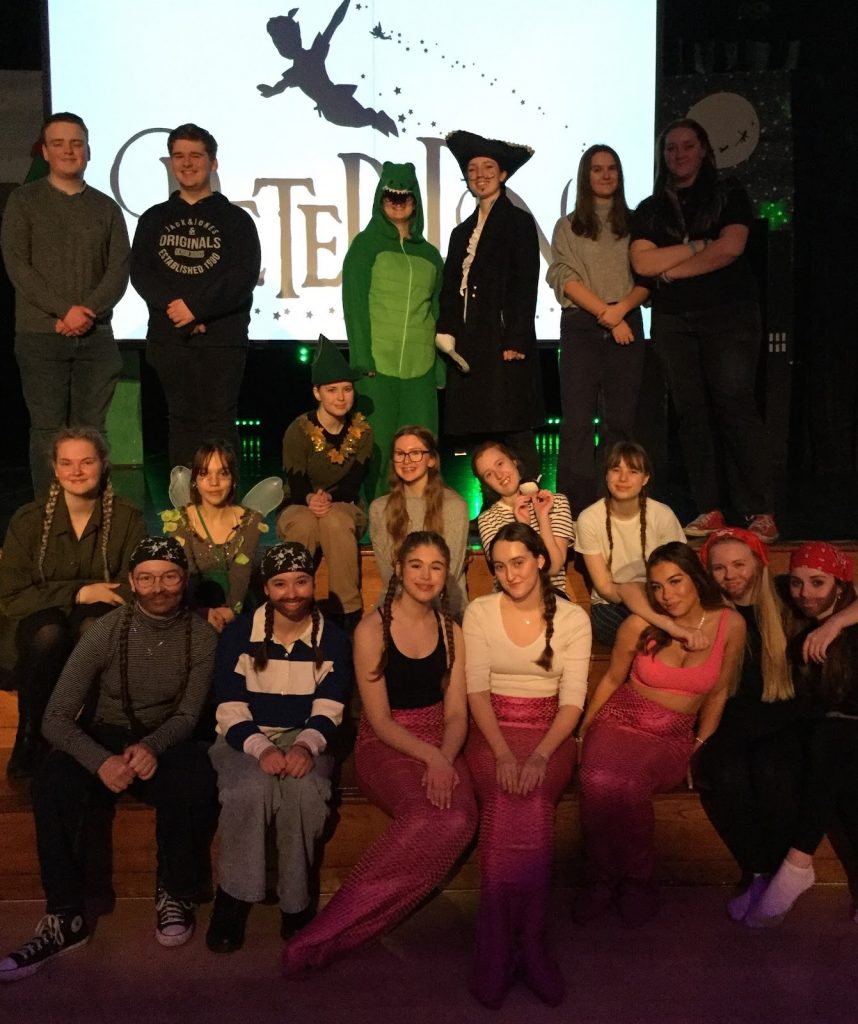