Skip to content
Your free online safety guides for #WakeUpWednesday: What Parents Need to Know about Setting Up Apps, Games and Software

Your free online safety guides for #WakeUpWednesday: What Parents Need to Know about Setting Up Apps, Games and Software

In Britain, more than half a million games consoles were given as gifts last Christmas. In the US, the figure was closer to three million. Add in the rest of the world’s major consumer economies – along with the multitudes of phones, tablets and so on which find their way into our Christmas stockings – and you have a lot of people unwrapping a lot of digital tech.

Given that many of the lucky recipients will be children, it’s important that parents and carers take some time to configure any new devices – and the games, apps and software they run – so that they’re safer for young eyes and ears. Our #WakeUpWednesday guide has some practical tips to give you extra peace of mind while the kids are excitedly enjoying their new gadgets. 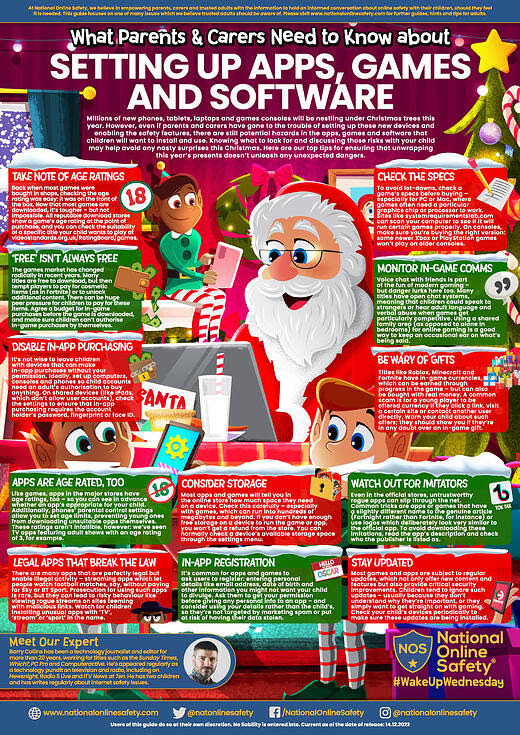