On Wednesday, 30th June, two groups of Year 7 and Year 8 pupils got the chance to work with Squire Stage Combat to learn how to stage fight, using swords!  The pupils were led through the different defence and attack positions, learnt the footwork to allow the choreography to travel and then started to bring the fight sequence to life by adding character to the combat.  Squire’s Mark and Alan demonstrated awesome skills, showing why they are regularly called upon for film blockbusters (most recently The Old Guard for Netflix) and stage shows alike.  The pupils loved the experience and we look forward to welcoming Squire back in the future. 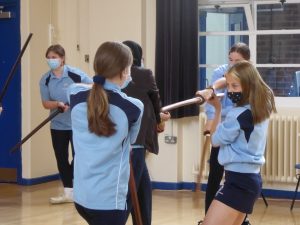 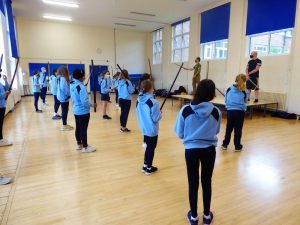 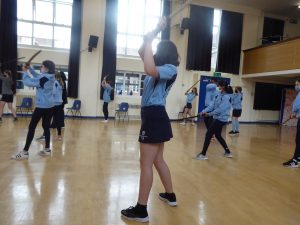 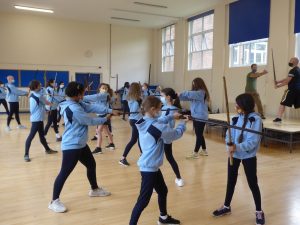