History of our School

Established in 1888, MGGS has been at the heart of the local community for 130 years and counting!

A Brief History of MGGS…

Maidstone Grammar School for Girls was founded in 1887 with funds provided by the Wardens of Rochester Bridge. The school opened in 1888 in a new building called Albion Place which was sited in Sittingbourne Road in Maidstone. The first headmistress was Miss Pope. She was so important to the running of the school that if she was absent, the school closed for the day! She hoped for a school of: “mixed girls of all ranks and classes…No matter what their position in society…provided they behave themselves, they may all enter.” 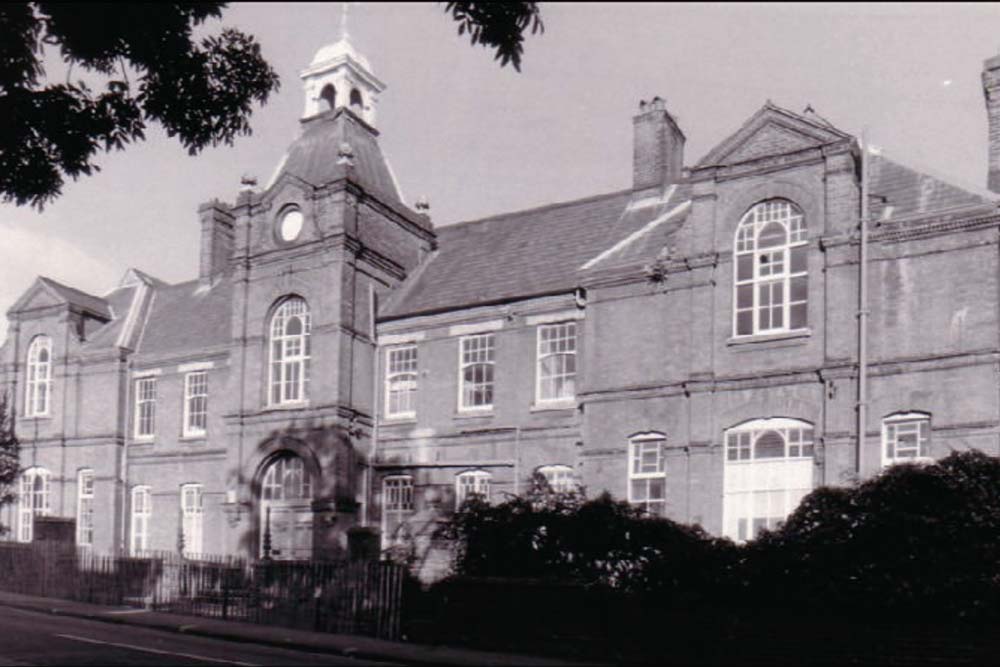 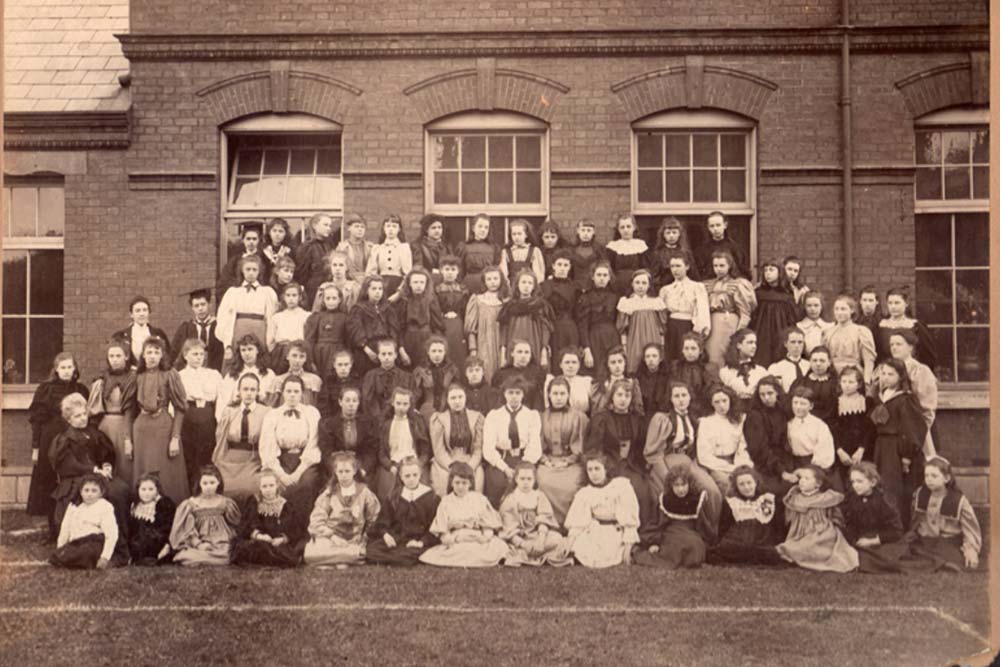 “were absolutely terrified of her…but the best thing was to keep calm and in the end you found she was human and quite funny.”

One of the school’s rules advised that:

“Amusements or social engagements are not accepted as an excuse for neglected homework.”

However, by the late 1920s, the school was very overcrowded and plans were underway for a move to a new site……

Eventually a location was found and building commenced. A student, Mary Edwards recalled

“Across the town and Little Buckland a new modern spacious school building was arising.”

Moving into its new premises in 1938, the Headmistress Miss Bartels, felt she was

“Leading the children into a land flowing with milk and honey. At last a dream has come true and we have a beautiful school to work in: a place built for peace, happiness and sunshine and all that we can desire.” 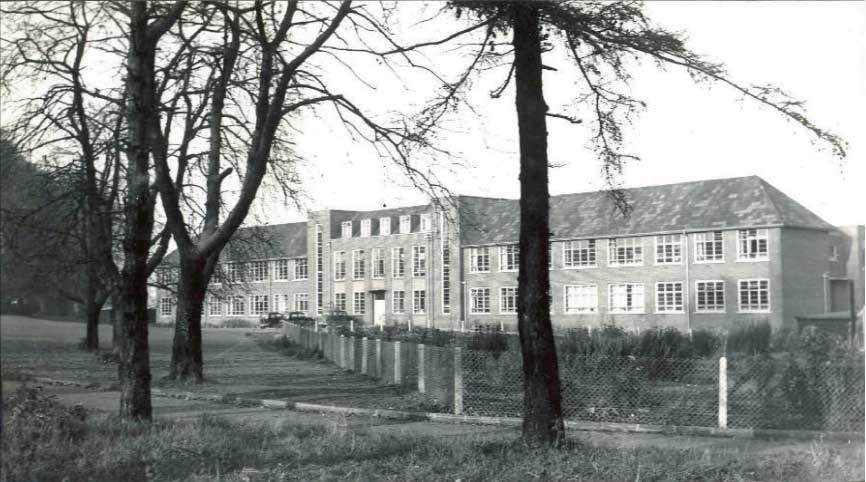 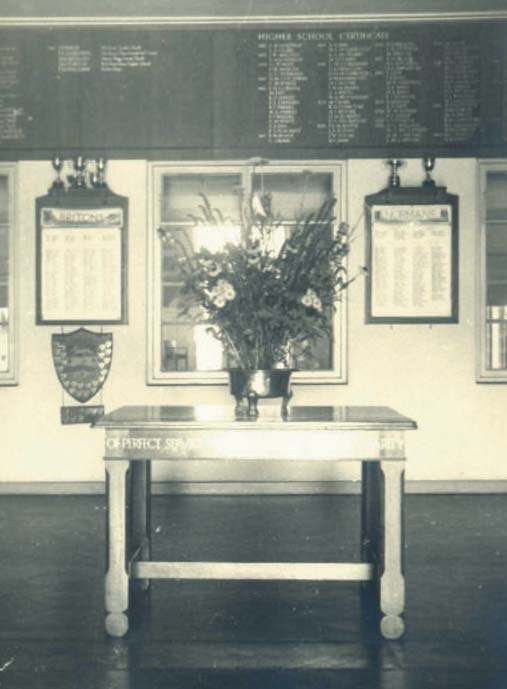 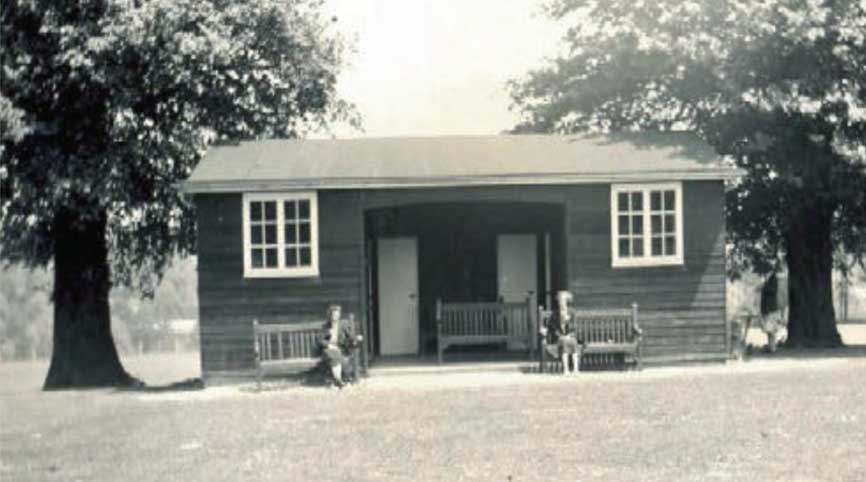 With the outbreak of War in 1939, things changed for all at MGGS…

Windows were blocked up and netting placed across them, and blast and baffle walls were built.

Pupils were also evacuated from King’s Warren School Plumstead to MGGS. However, after Christmas 1939 as the ‘Phoney War’ continued, many did not return to Maidstone. Some MGGS girls were themselves briefly evacuated from MGGS to Wales but they returned within a fortnight!

“We always had our gas-masks with us. If the air-raid warning went, we used to have to go down in the shelters. We used to think it was rather fun. Of course it was an absolute nightmare for the poor staff.”

Miss Keen, the Art teacher during World War Two, sketched and painted many scenes from the time.

Three sets of air raid shelters were built to house the school community, with 180 pupils in each complex. Records suggest that during raids, the school spent up to 7 hours in the shelters which became known as the tunnels. However, school life continued. Lessons were taught and lunch served, all underground. The 1940 school magazine describes them as

“…not exactly cosy … (and) some people may have been heard to complain of water dripping down their necks (but) …we now feel prepared for any emergency.” 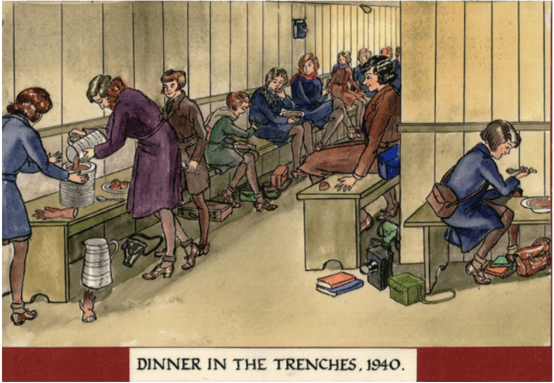 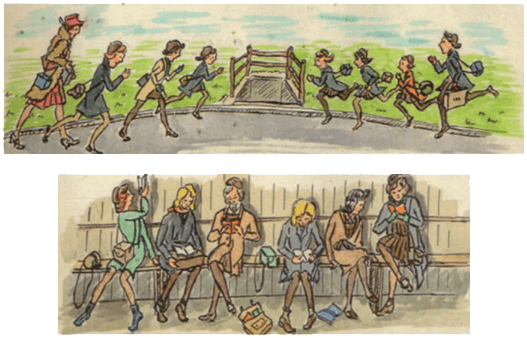 When the War finished, the school gradually began to return to normal.

“The size of the school took my breath away”

Molly Kershaw (1954 – 1959) recalls sitting on the dreaded ‘Red Seat’ when she misbehaved, hoping that she would not be spotted by Miss Barnes, the Headmistress! 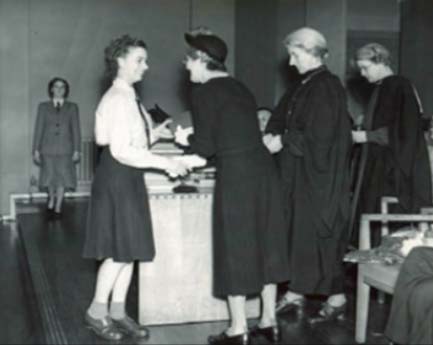 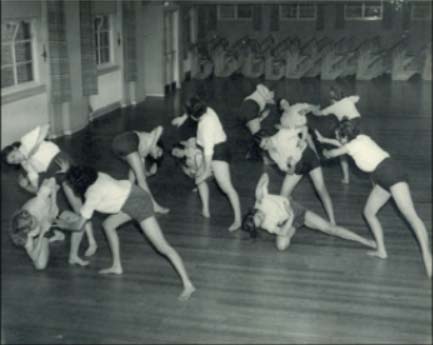 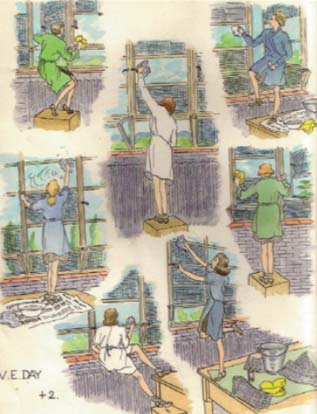 Boys were first admitted to the Sixth Form in 1995 and alongside increasing numbers in the lower school meant that by 2007, MGGS was once again struggling for space.

In 2008, our Woodland Walk, extending around two sides of the main building, improved the school’s outside environment, but the question of internal space still remained.

Buckland House was opened in 2012 – the school’s first new building since the 1960s. It houses Sixth Form facilities, as well as the English, Media, Art, and Social Sciences departments.

In April 2016, we proudly celebrated the completion of our new Sports Hall, opened by former head student and Olympic Gold Medallist, Lizzy Yarnold.

In 2018 MGGS marked its 130th anniversary and as part of the celebrations in July, we were delighted to open our doors to visitors of all ages but we most especially welcomed the return of past students.

Whilst moving forward as a school, traditions still continue, such as: 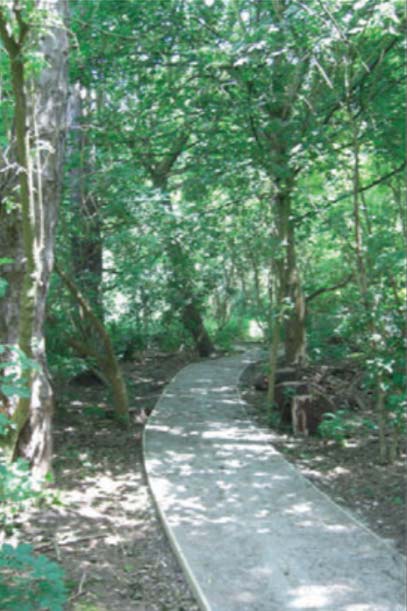 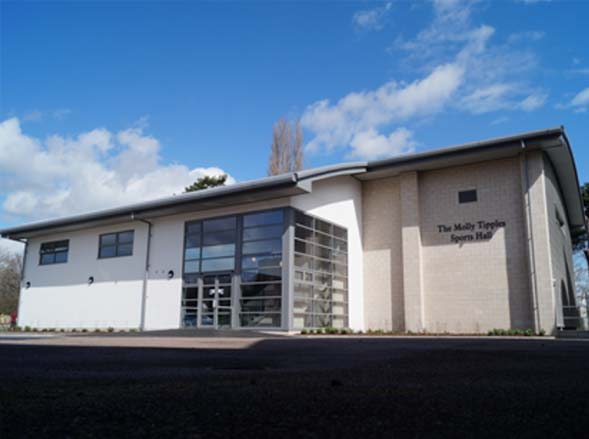 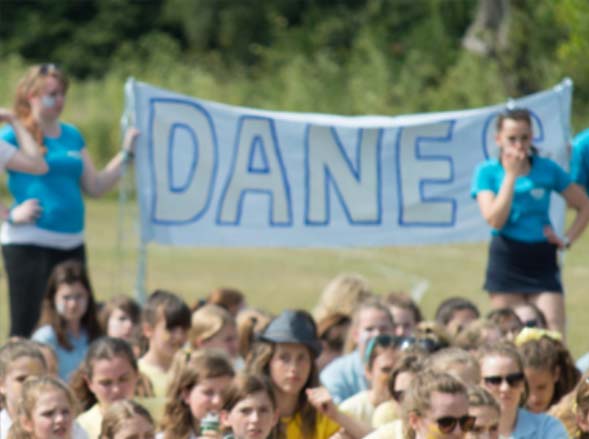 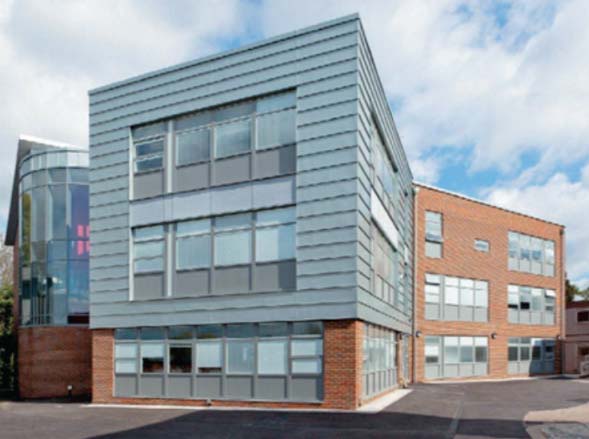 Academic subjects taught today have also evolved – subjects such as Computing, Media Studies and Dance are now on the curriculum. We have been also been recognised in a number of important areas, achieving for example:

In 2019 we became one of only 30 schools (of which only 3 are girls’ schools) to be appointed as an official Computing Hub by the National Centre for Computing Education.

Miss Bartels said in 1938 when the new building was opened,

“I hope … the girls here will grow into differing individuals…and above all are able to go on learning and so continue to grow.”

Certainly, we all look forward to seeing what awaits MGGS as we move through the 21st Century…

See how our site has changed over the years… 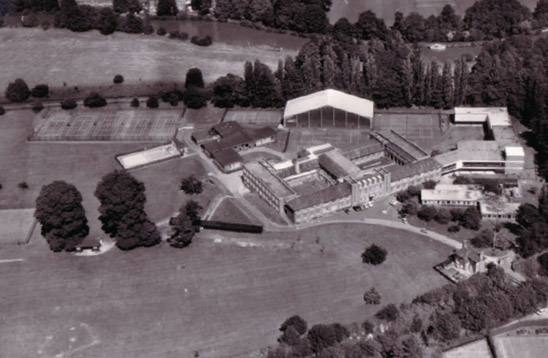 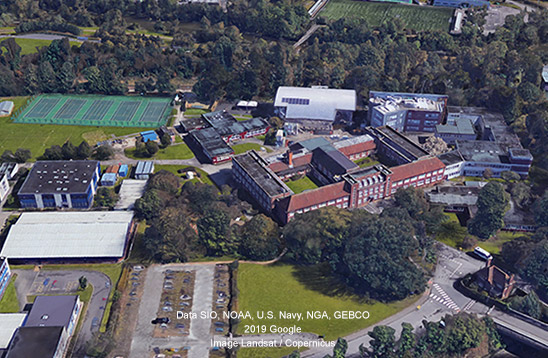