Skip to content
Mr Monopoly has come to “Town”! @MyMGGS 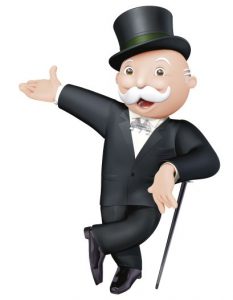 Plus get your Maidstone Monopoly game discounted via our online shop!

Maidstone Grammar School for Girls is celebrating its inclusion in a new version of the world-famous Monopoly board game as Monopoly – Maidstone Edition goes on sale.

A photograph of the school also appears on the lid of the Maidstone edition of the game which has been produced by Winning Moves UK under license on from Hasbro.

To officially launch the game at Maidstone Grammar School for Girls, Mr Monopoly and his team arrived to hand over a copy to Headteacher Deborah Stanley and a group of student Monopoly enthusiasts. They then used a giant sized replica of the Maidstone board to give the pupils top tips on ways to win the game.

Deborah Stanley commented “We are delighted to feature on the Maidstone edition of Monopoly. This will certainly be a game both current and past students and staff will be pleased to own”.

The RRP for the Maidstone Edition of the game is £29.99, but Maidstone Grammar School for girls are offering a discounted price of £25 (plus p&p), via our online shop: www.mggs.ptly.uk/merch

You can view Kent Online’s coverage of the official Maidstone Edition of Monopoly launch https://www.kentonline.co.uk/maidstone/news/leeds-castle-named-the-mayfair-of-maidstone-256044/