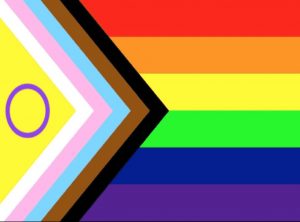 Gay Pride, also known as LGBTQ+ Pride, is the celebration and promotion of the LGBTQ+ community. Pride Month is an entire month dedicated to the uplifting of LGBTQ voices, the celebration of LGBTQ+ culture and the support of LGBTQ+ rights. It is a chance for the community to show they are proud of who they are as well as for those who are not in the community to uplift their peers and educate themselves.

June is Pride Month because on the 28th of June 1969 police officers raided a gay bar called the Stonewall Inn in New York for the second time that week. Many people were beaten by the police and this was not an uncommon occurrence. The LGBTQ+ community responded by protesting and rioting in an act of resistance which we now remember and celebrate in its anniversary month. These protests are now considered fundamental in the progress of achieving equality for the LGBTQ+ community as it was one of the first times the gay community fought against the oppression they experienced. Pride celebrations today often take place in the form of marches and parades, alongside parties, concerts and countless more. Starting off with small activist groups, pride has grown massively since the riots of 1969 to now involve events with millions of people participating. Over the course of the pandemic it has been difficult for many of these events to go ahead in person, with many moving online instead. 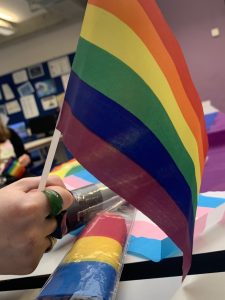 We think that celebrating Pride at MGGS is incredibly important. We want the whole student body to feel not just accepted, but appreciated! We want to ensure that level of support among the school when it comes to LGBTQ+ students and that they know that our school is a safe place for them, and that it’s not just a safe place during Pride Month, but always. To celebrate Pride at MGGS we will be holding a range of events and activities.  A few Year 12 students have already hung up posters all around the school in support of the LGBTQ+ community which display a range of sexualties and gender identities to promote acceptance and a safe space in school. One of these planned activities includes a form time presentation and assembly, led by Mrs Ransom with students from the Pride Month planning committee, with educational information about how to practically support the Pride movement and to embrace different sexualities and gender identities not only during Pride but throughout our lives. We are celebrating Rainbow Friday by having a Pride march and picnic on the field.

Written by a collection of Year 12 students